Home Travel Greece A Trip Down the Memory Lane: Monemvasia and Bay of Geraki

A Trip Down the Memory Lane: Monemvasia and Bay of Geraki

A trip down the memory lane

Picture this:
A small truck is on a dirt road which goes around a small, narrow, fjord-like bay. As the sun sets behind the hills surrounding a saltmarsh at the edge of the bay, the truck follows the road around the marshes into a village on the side of the hill.  The truck stops in front of a grocer’s store. Two men and a boy go into the store, but the boy takes a long look at the beautiful scenery before going inside.

As you can imagine, I was that boy, 28 years ago, and I had this picture of going to the bay of Geraki with my dad and a really good friend of his -who I will just call “Jimmy” for the needs of this post (Γεράκι is Greek for “hawk”, by the way). Jimmy is from St. John (“Ai Giannis”) in Monemvasia which is nearby and he had taken us there just to buy some wine and cheese. For nearly 20 years, since my dad passed away, this image came to mind whenever I thought of going to

Monemvasia – us on Jimmy’s truck, chatting and going to buy some groceries, and the scenery near the bay. I could not possibly remember where this narrow bay with the saltmarsh on one end was, or what was its name. Not until Kate and I saw it on a map at the hotel in Monemvasia and decided to go there.

From then on it was a ride down the memory lane: I remembered where the grocer’s store was. We found it was still there, run by the same guy and (probably) his son and we bought some wine and cheese, too. The only thing missing was chatting with my dad on our way to the village…

Back to the present

Let’s take things from the beginning.
We spent a weekend in Monemvasia in February. We’d been in Monemvasia many years ago (during that visit we saw Jimmy and his family, too). Good weather helped this time, but we saw too few people visiting the town – not at all like older times. The recession has led many of the businesses in town to either close down for good or open for a short period of time each year. The busiest place of Monemvasia, the medieval castle, seemed a little bit deserted, apart from the hotels and the few bars and restaurants that were open. February is probably too early for tourism in Monemvasia.
It was nice in the medieval castle, as always, walking in the narrow streets and having a nice cup of coffe on the terrace of a cafe looking out to the sea…
Also, one of the best things of this trip was visiting the bay of Geraki which is a beautiful and a little bit exotic place, 20km from . We went up the hill to the Acropolis of Ancient Zarax (ask the locals for directions, it’s the best thing to do!), were we enjoyed a nice view of both the bay and the open sea.
In Geraki you can find many good and reasonably priced sea-food restaurants, mostly specialised on fresh fish. There is outdoor sitting by the sea when the weather is good. This place has great times of relaxation to offer.
Tony and Kathy’s Tips: 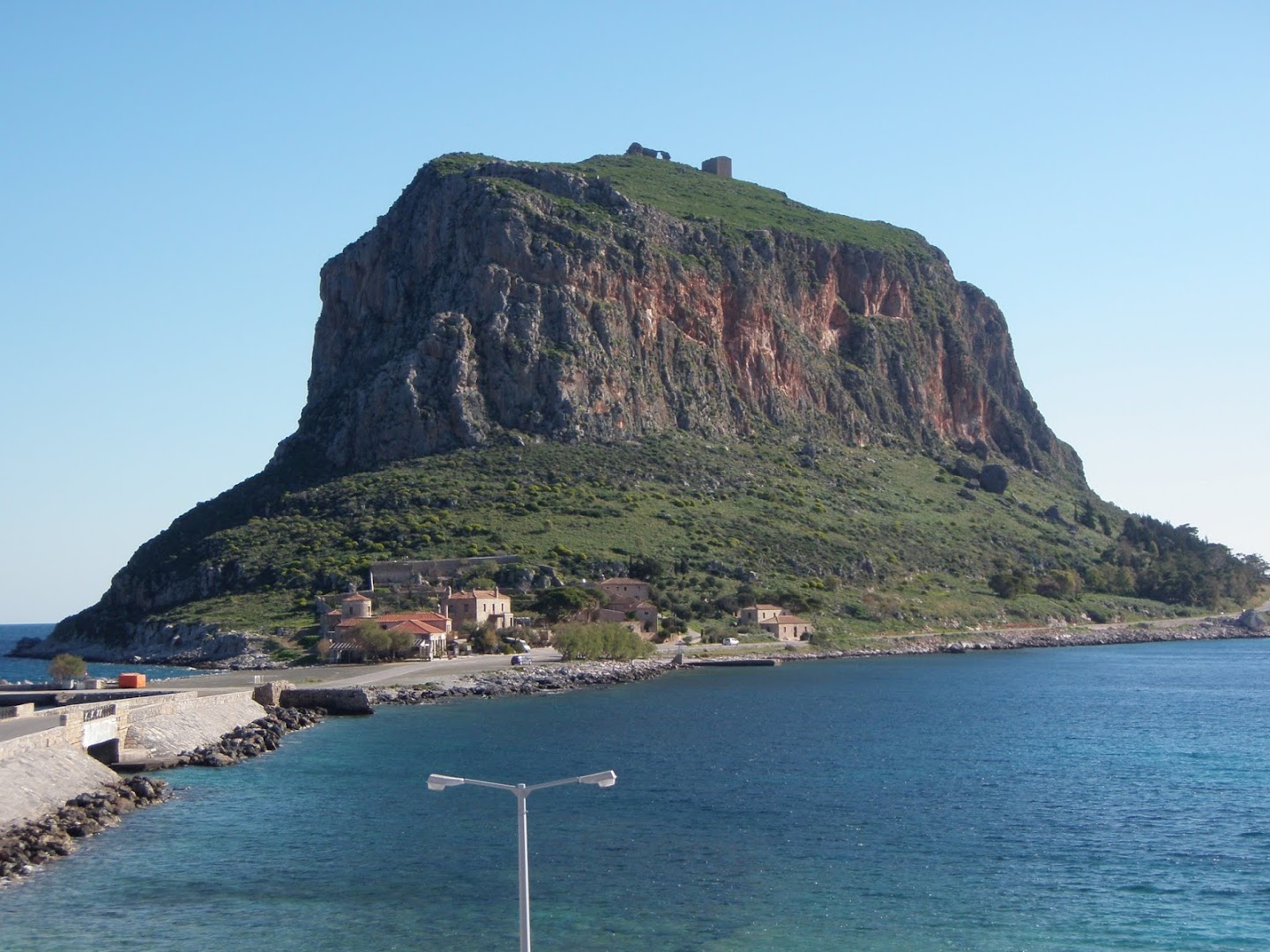 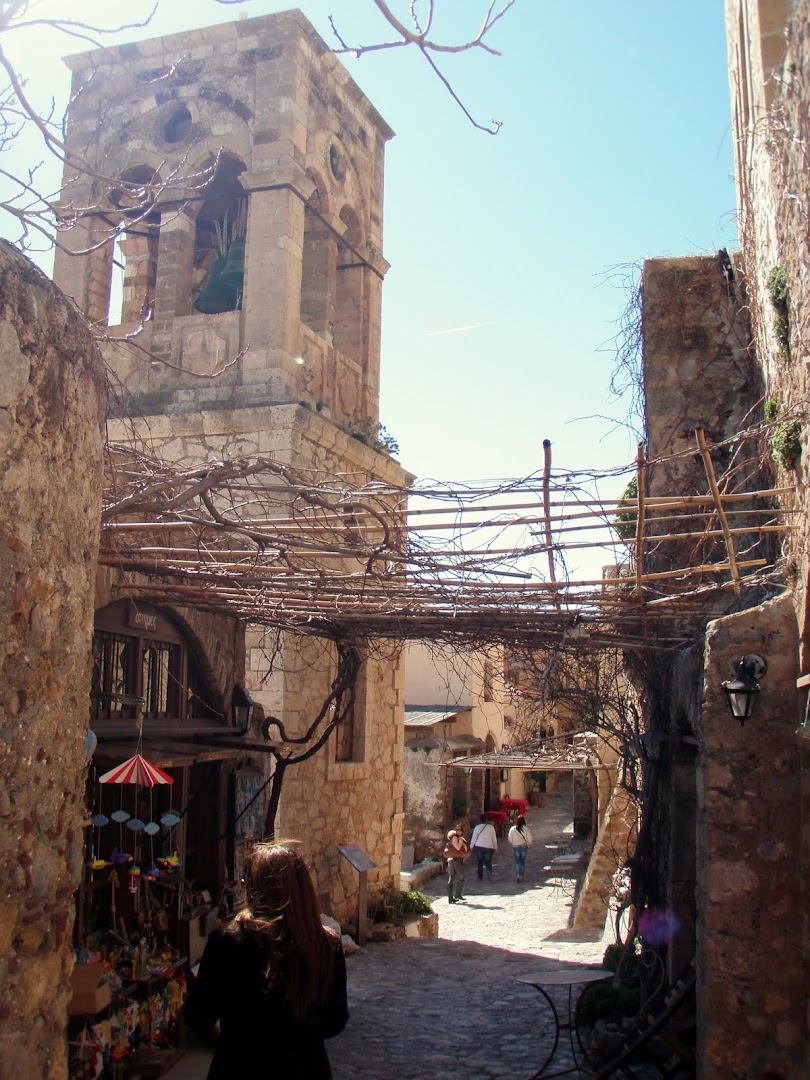 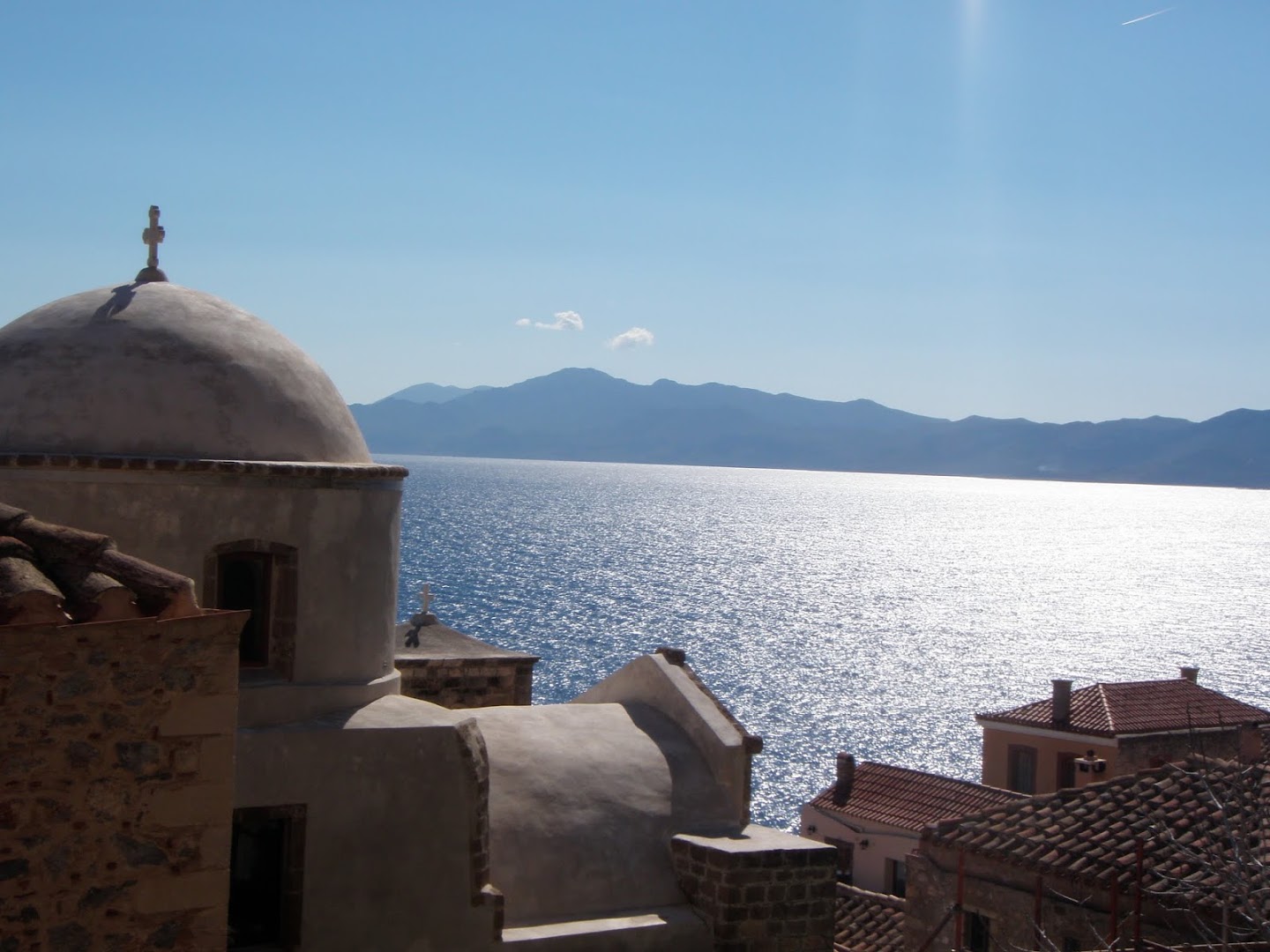 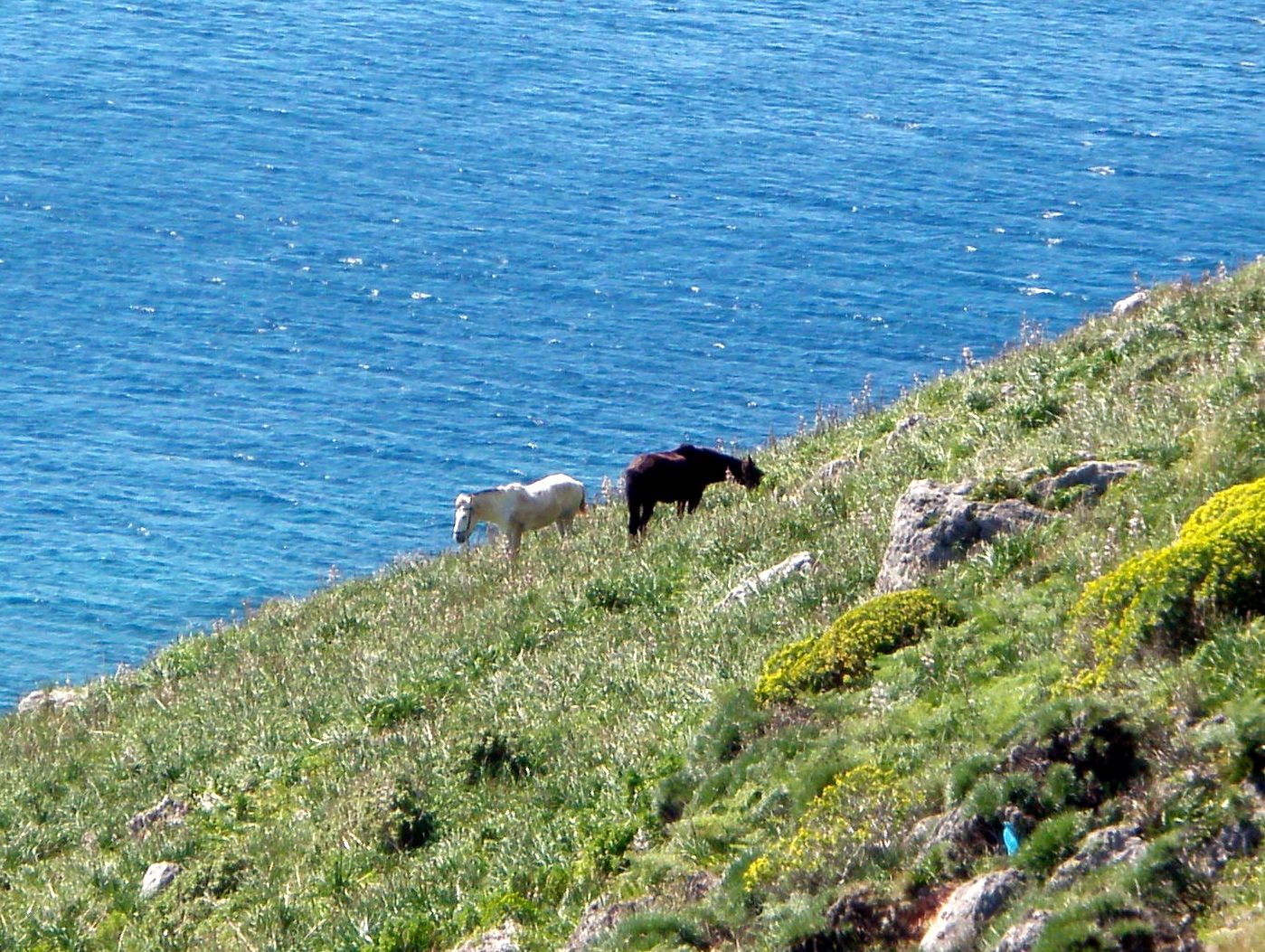 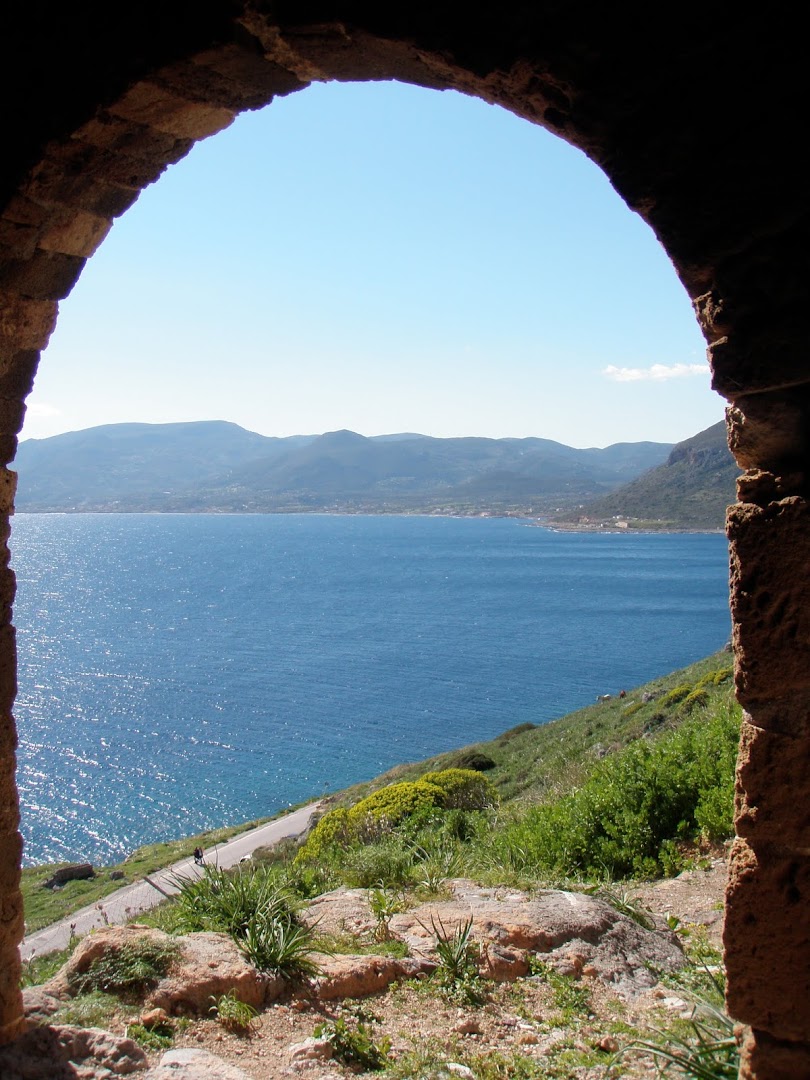 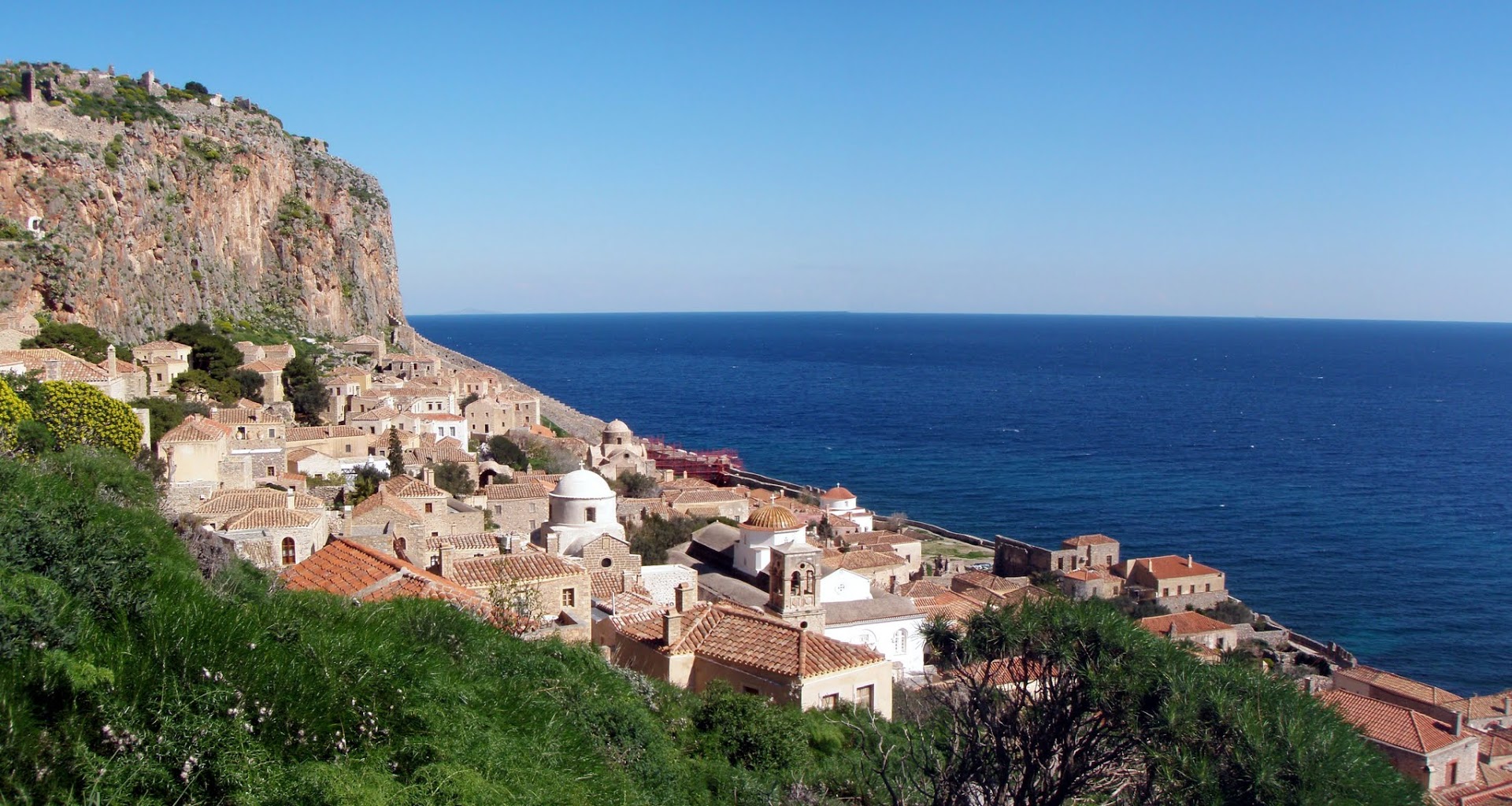 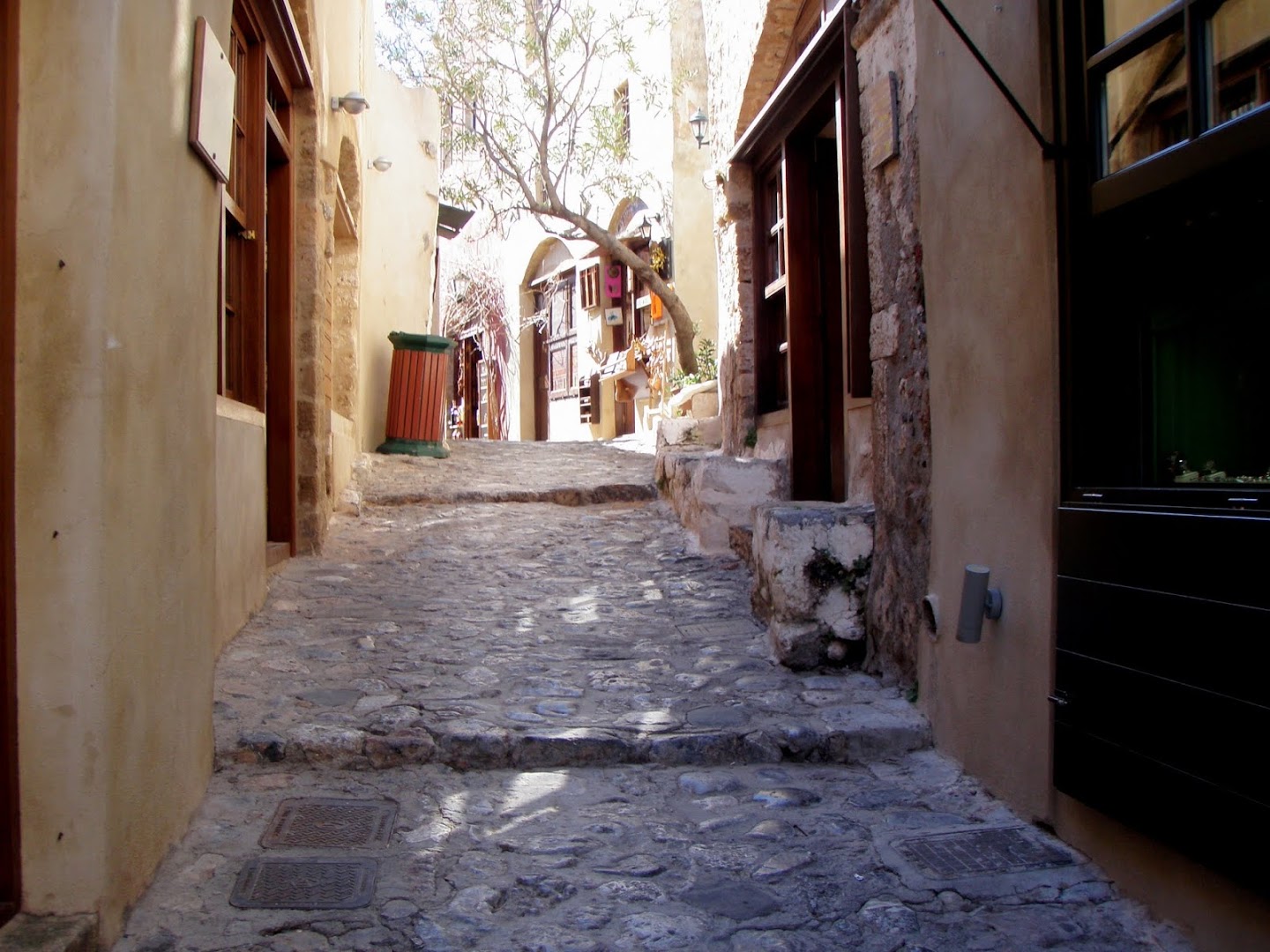 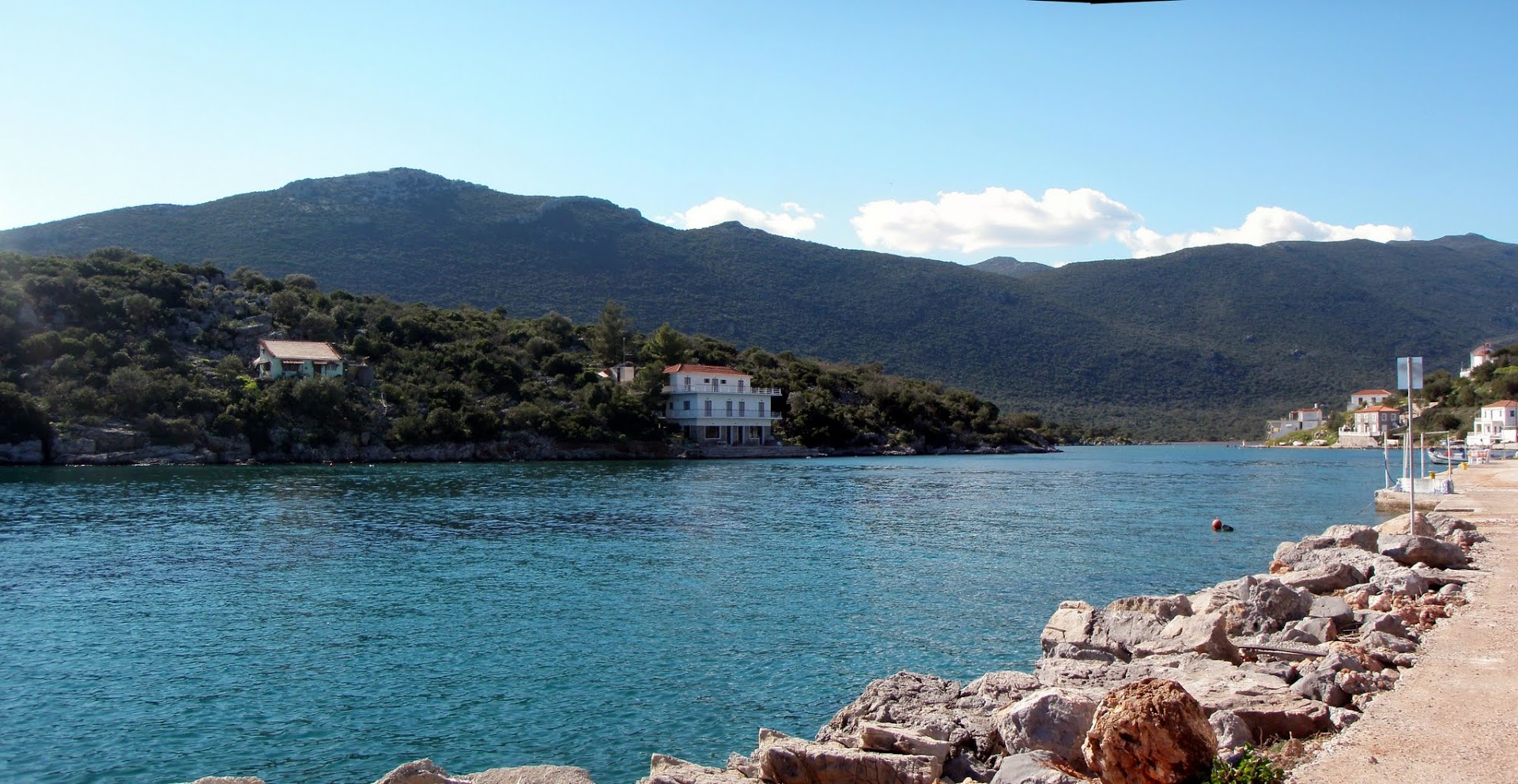 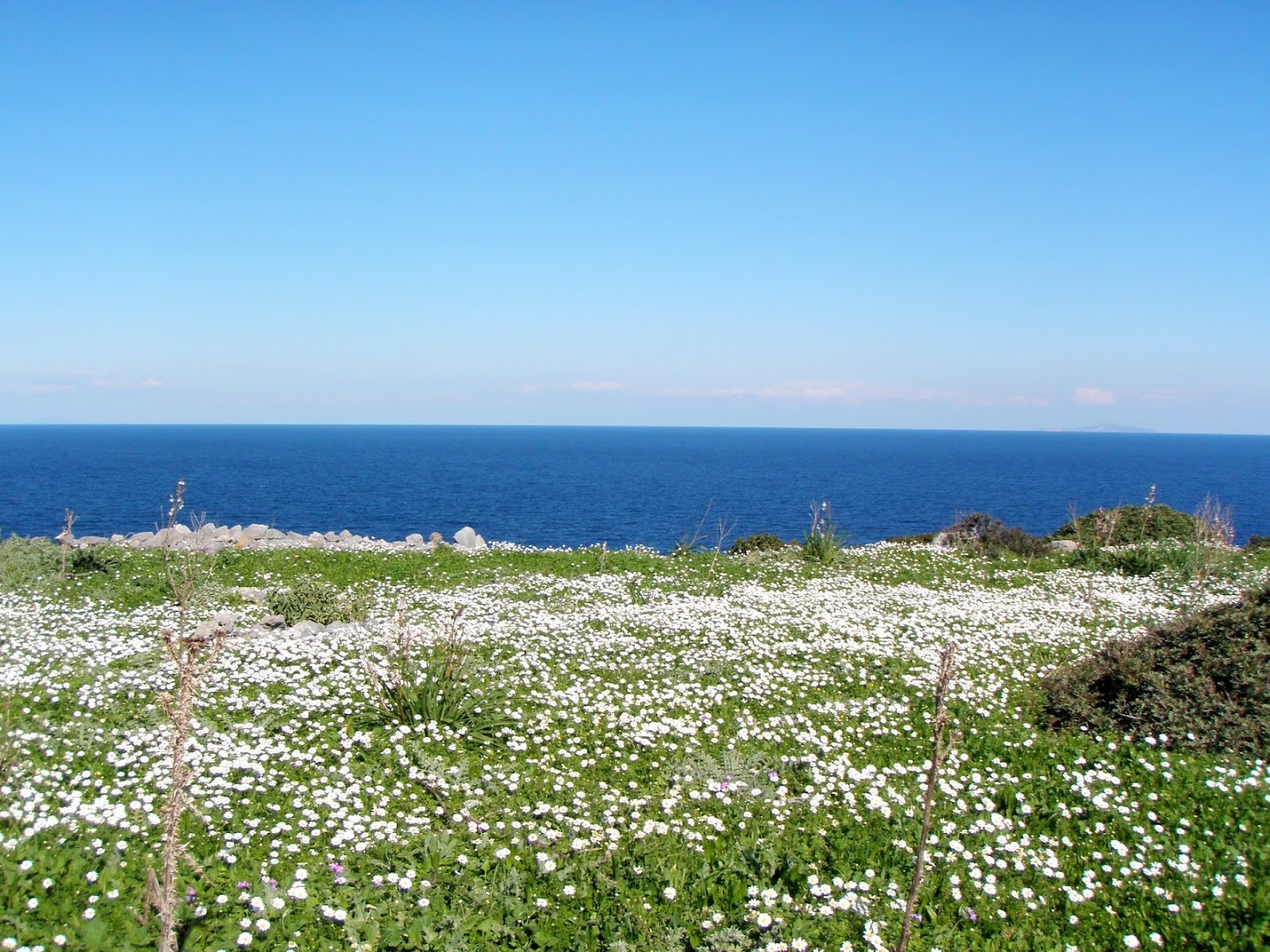 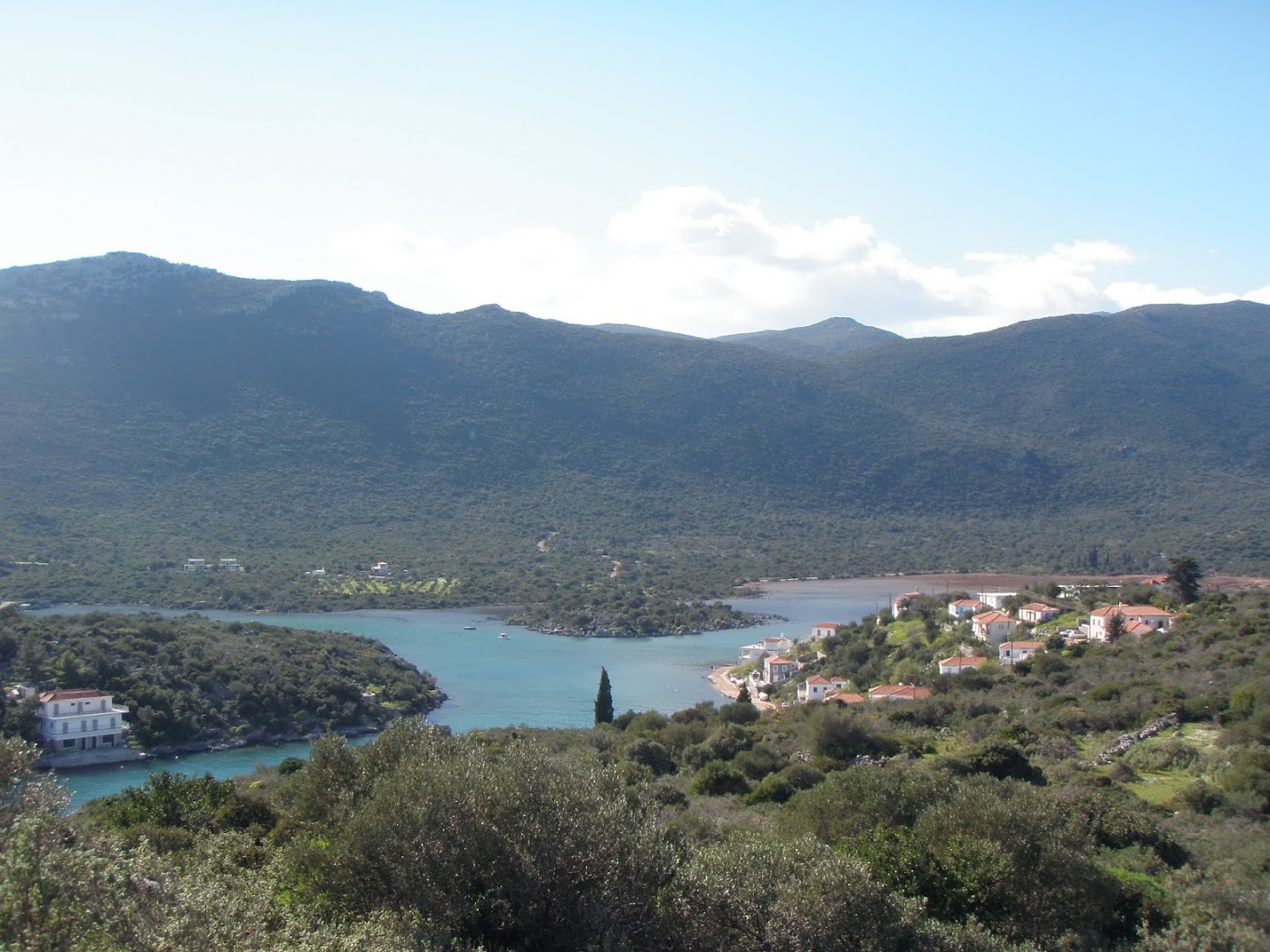 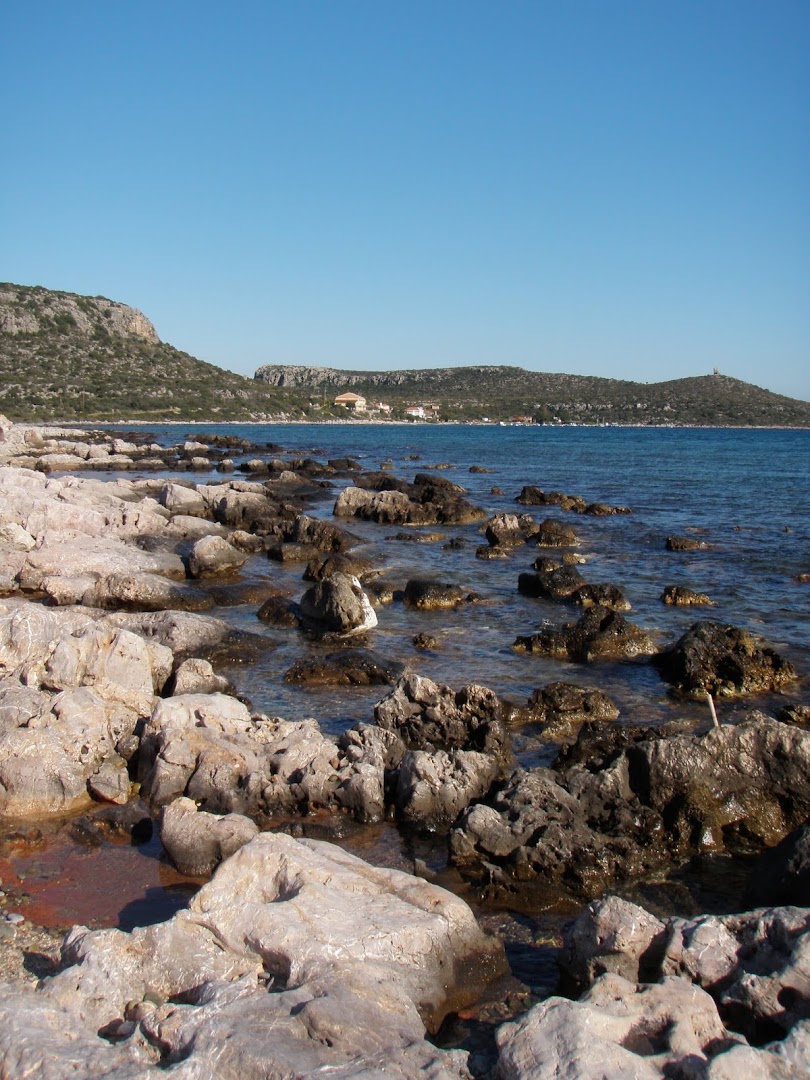 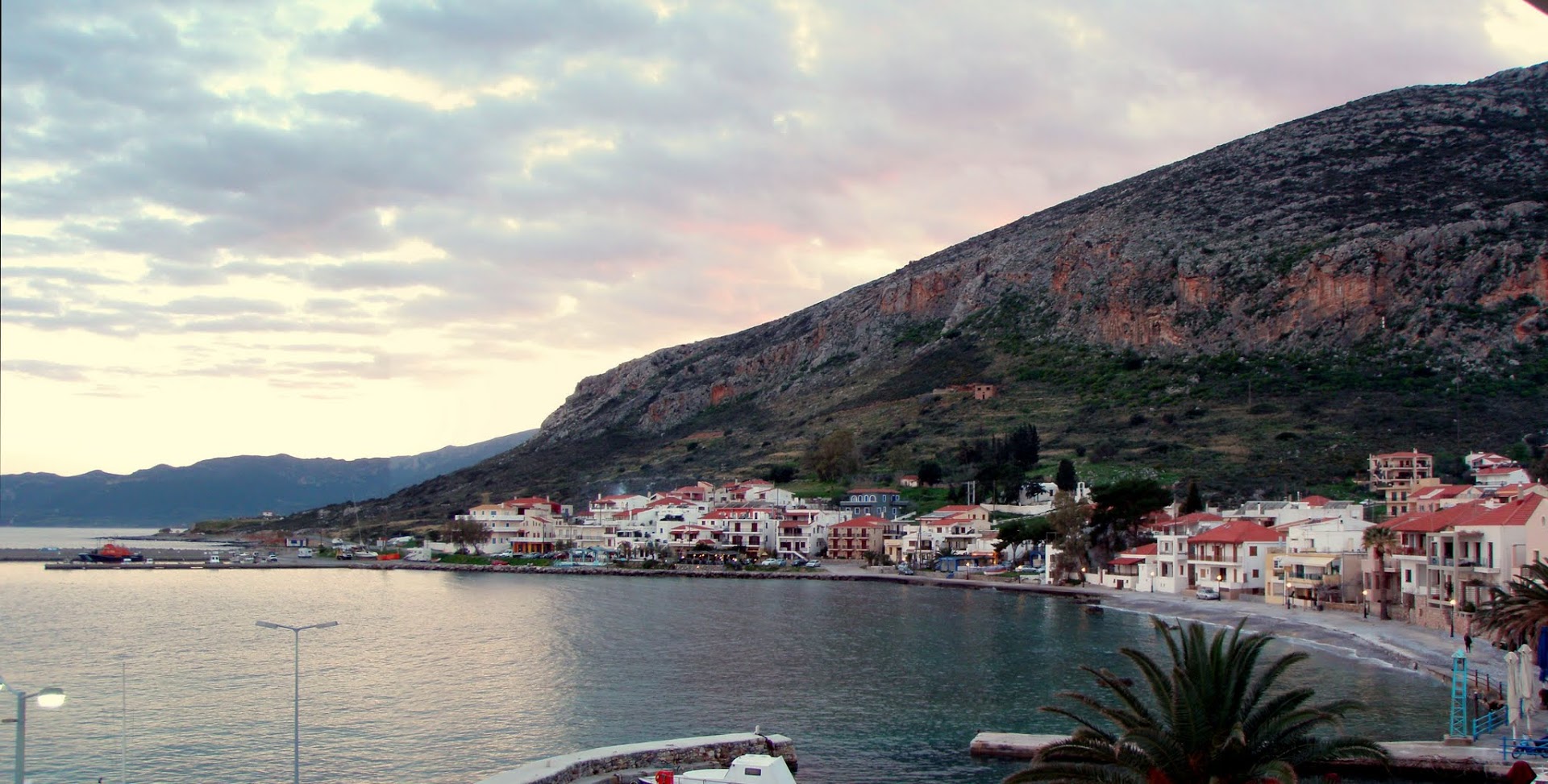 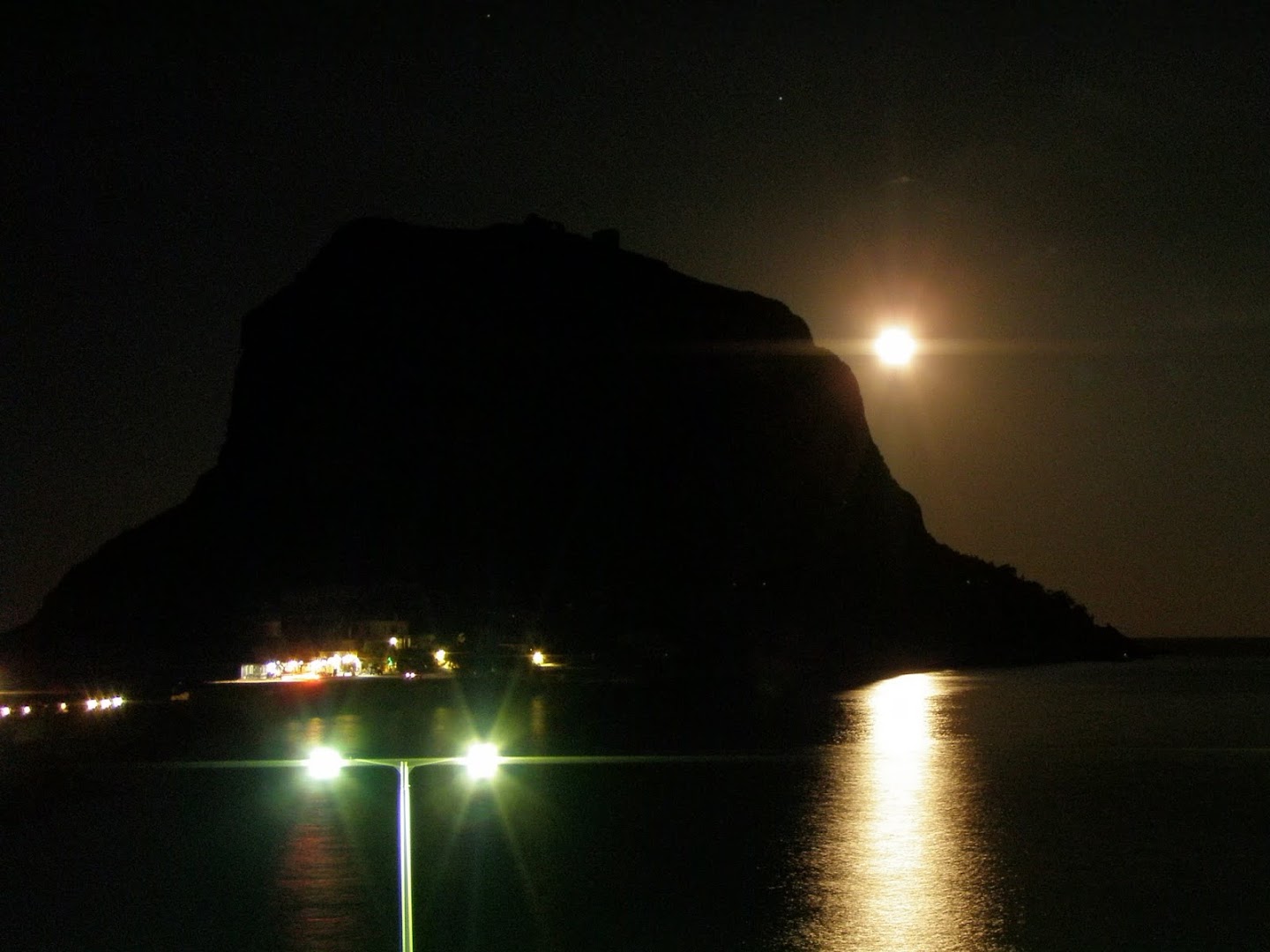 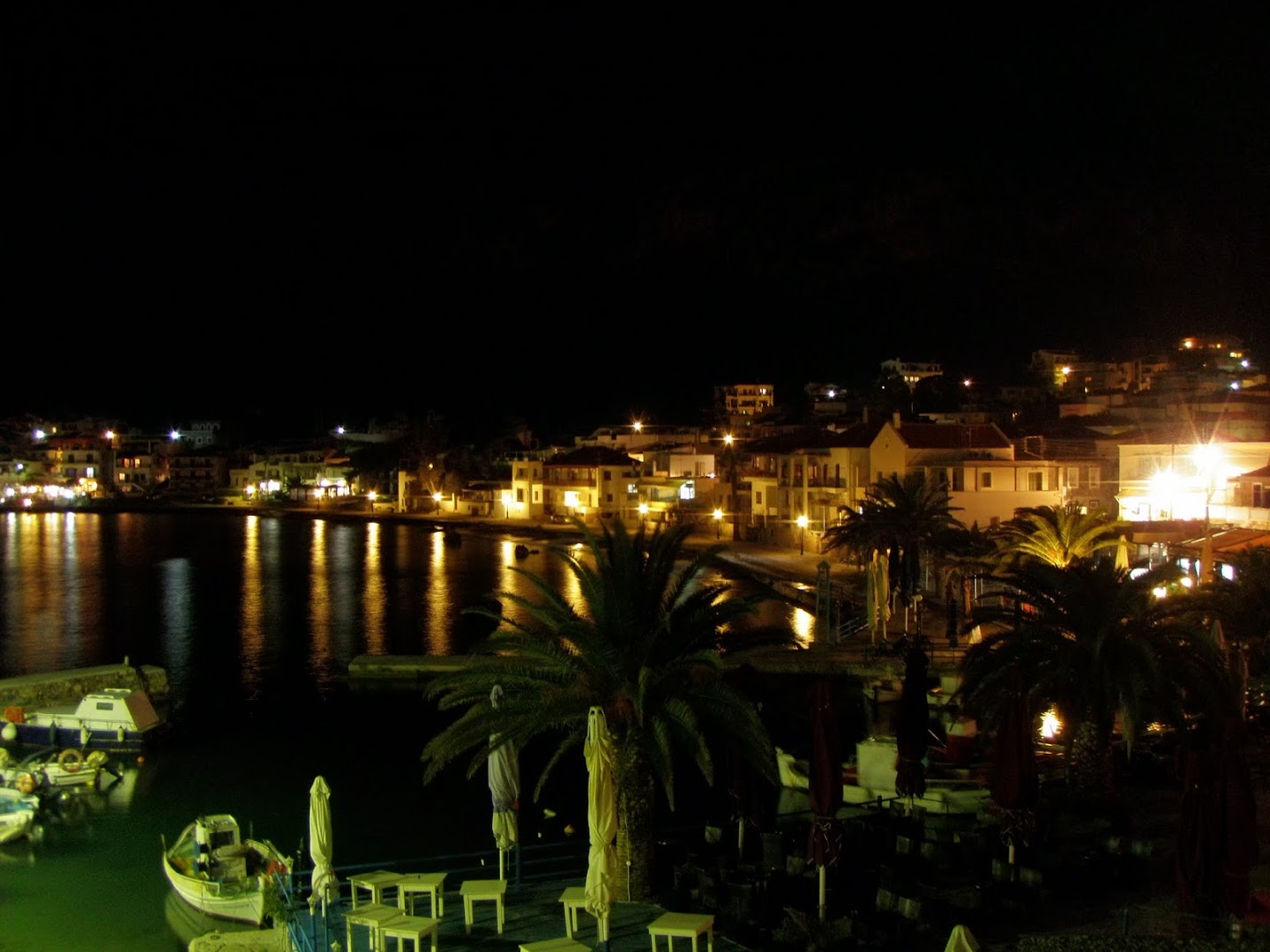 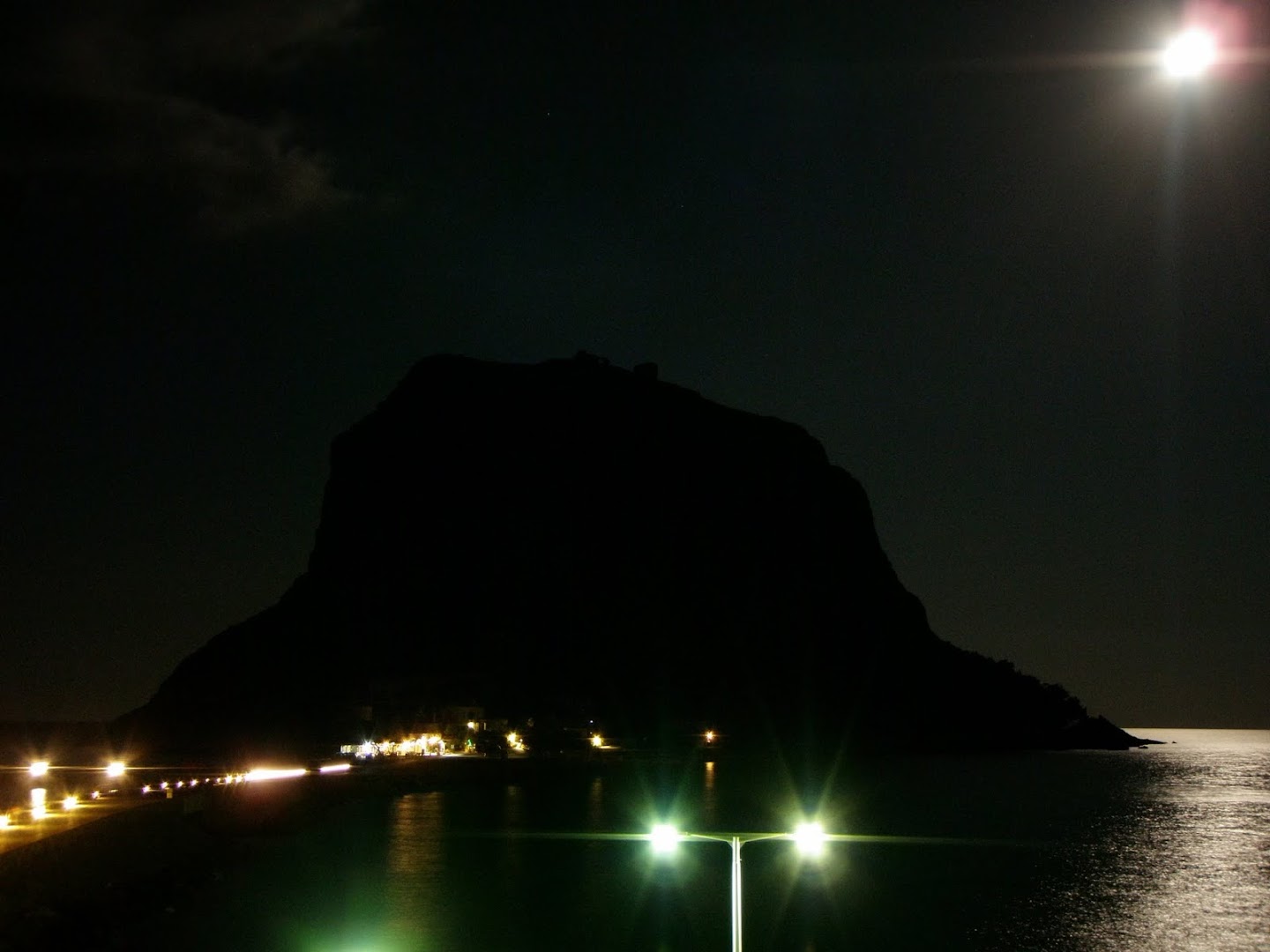 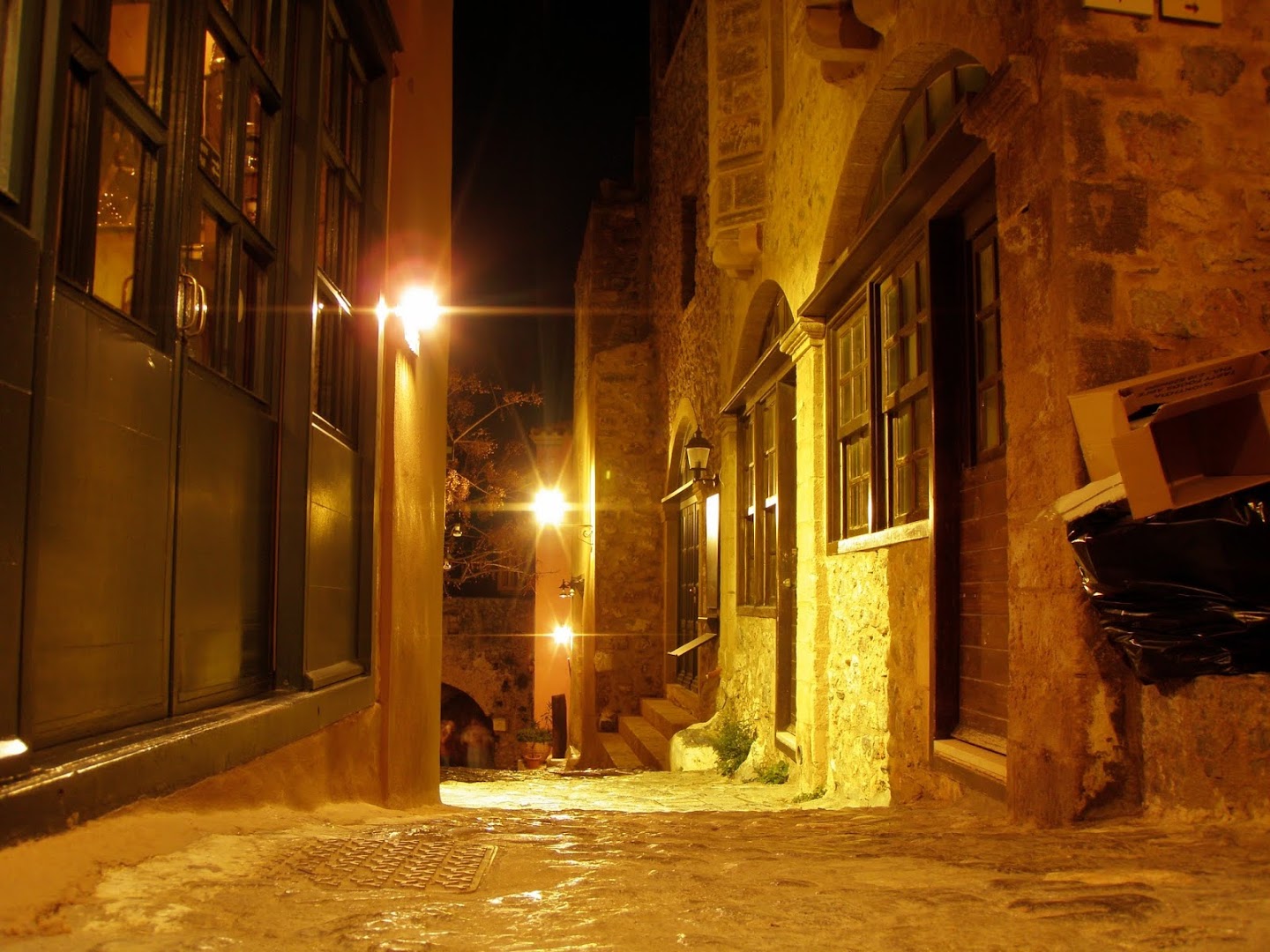 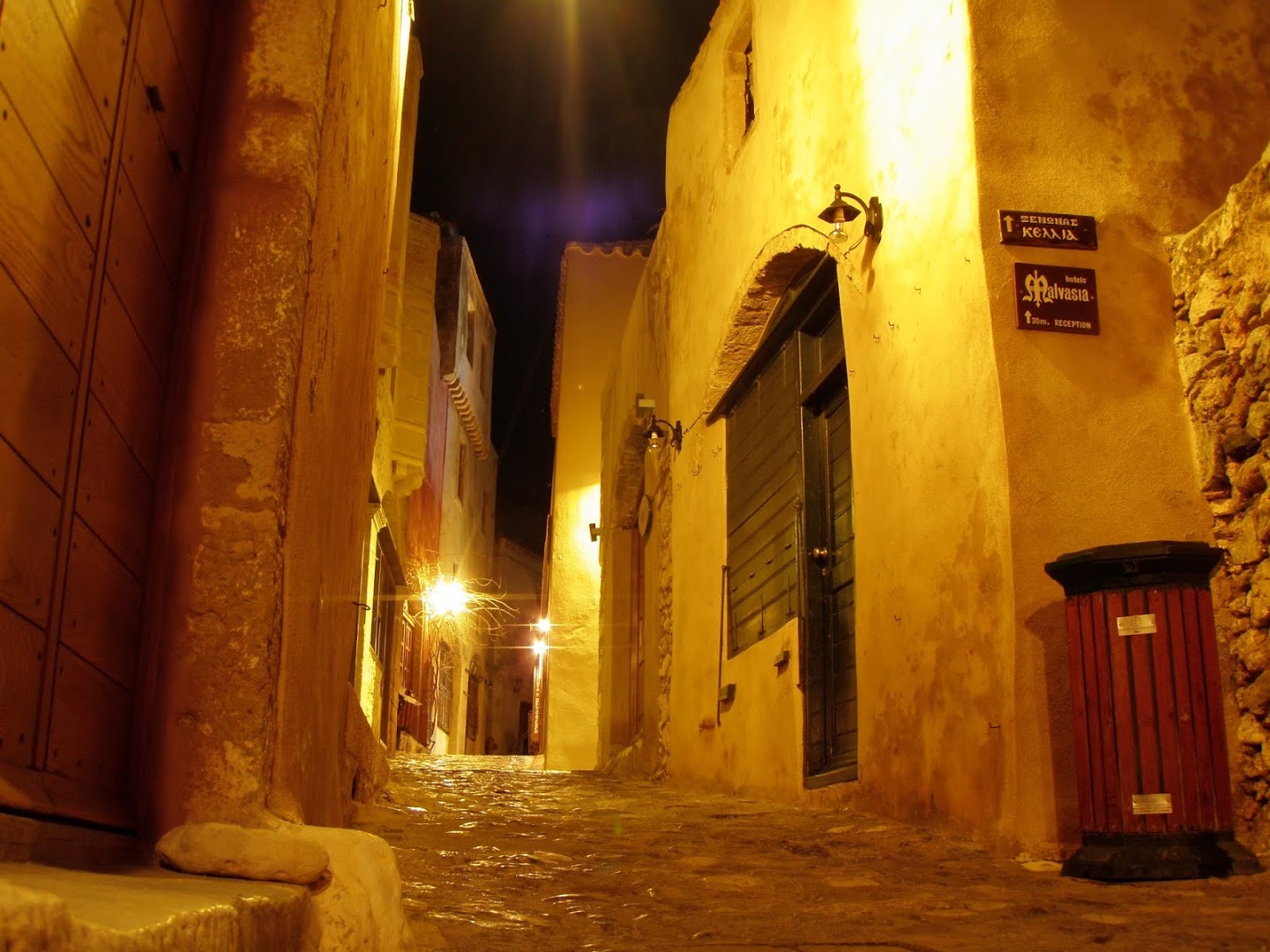